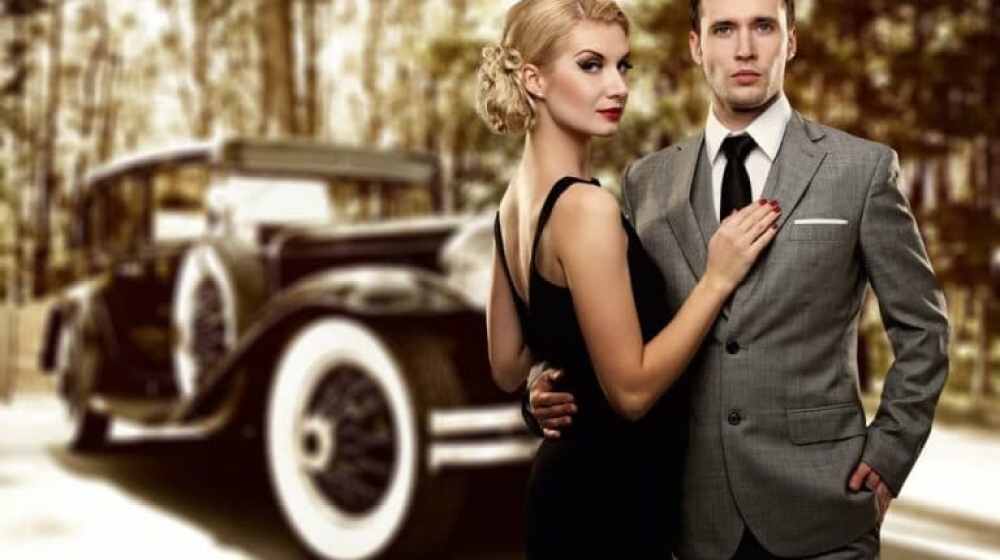 How to Become Rich: 11 Powerful Skills from Napoleon Hill

The thought of how to become rich is an interesting one. Sure, you can win the lottery or land an amazing job that pays you absurd amounts of money.

Then there’s the question of what rich really means. Are you even after the right rich?

In 1937, Napoleon Hill wrote a book called Think and Grow Rich, which is a self-improvement book focusing on achieving success and wealth. To date, it’s one of the best-selling books ever, selling over 70 million copies worldwide.

It was on BusinessWeek’s best-seller list 70 years after it was published and is listed as one of John Maxwell’s Lifetime “Must Read” books.

Regardless, as I sat down to think about this question, I decided to dissect some of the teachings of the great Napoleon Hill. Here are 11 skills that you need to become rich:

Quick Navigation
1. Have a burning desire
2. Set clear goals
3. Have unwavering faith in yourself
4. Use autosuggestion
5. Learn all the time
6. Use your imagination
7. Know your strengths and weaknesses
8. Think positive, avoid the negative
9. Have determination
10. Be persistent
11. Have a brain trust
Conclusion
Next steps

1. Have a burning desire

To become rich, you’re going to need a burning desire. Few people become successful without having a desire so strong they’d do anything to make it big.

This means more than just plain old hard work and sacrifice. It means you have to be willing to do whatever it takes.

You have to give up things that many others won’t. You have to stand out among the rest. Take a look at some of these famous failures:

What made these people all succeed? They pushed through their failures. They didn’t give up.

They had a true burning desire to reach their goals.

Another thing, none of them ever intended to become rich. They pursued their passion and never let go of it, and it later paid off.

Next time you’re considering giving up on your goal, think again. You’ll never achieve financial independence (or whatever else you’re after) unless you have a true burning desire.

Mr. Money Mustache and Jeremy and Winnie of Go Curry Cracker both had burning desires and were able to retire in their 30s. You can too if you put your mind to it.

Without clearly defined goals, you may never stay on track. Set your sights high, too.

Tim Ferris, author of the The 4-Hour Workweek says that doing the unrealistic is easier than doing the realistic. You should be setting goals that seem borderline unachievable.

Visualizing your goals is one way to do it. You’re almost guaranteed to see better results.

“Doing the unrealistic is easier than doing the realistic” – Tim Ferris

3. Have unwavering faith in yourself

Others will doubt you. You’ll have people who think your goals are unrealistic and unachievable.

This is where many people give up on reaching financial freedom (or any other goal for that matter). It’s easy for others to influence us, especially when the odds are stacking against us.

If you don’t have an unwavering faith in yourself, you’ll never succeed.

Further reading: How to Believe In Yourself

No, not autocorrect. Autosuggest. Autosuggestion is a way to hypnotize yourself and trick your mind into helping you be more successful.

This isn’t your average ‘watch the clock and fall into a trance’ hypnosis, though. For instance, one of the first things you should do according to Napoleon Hill is to read your goals out loud.

By hearing your own voice, and through repetition, you’ll be able to memorize your goals. This will help you achieve your goals quicker.

You can read more about autosuggestion if you’re interested, but basically it comes down to convincing yourself of 3 things:

Using this technique may help you get rich sooner than you thought.

5. Learn all the time

What do those four guys have in common? None of them graduated college.

So why do we think we need a formal education to become wealthy and successful?

It’s one of the biggest mistakes we make when veering off their path to true wealth. We think because we don’t have a Harvard education, we’ll never make it as big as someone who does.

We do need to constantly learn and grow, though, if we want to amass a fortune. You’ll never become rich or successful if you sit on your ass and watch Netflix.

Think back to point #1 that I made above – have a burning desire. If you don’t have a desire to learn, you’ll never grow. This doesn’t have to be in the form of formal education, though.

In fact, learning from experiences is much more beneficial than stuffing our head with facts from a textbook. We should be putting ourselves in, or at least seeking out, situations to give us experiences.

Experiences that we can use our strengths in to learn. We’ll fall, sure. But that’s the best part – we get to pick ourselves back up and learn from those mistakes.

Also, Hill makes the point that we don’t need to know everything ourselves. This is a common flaw in humans.

We think that we need to know it all to take our game to the next level. Well we don’t.

Hill says we should surround ourselves with experts on the things we don’t know.

Not sure how to invest? While you’re learning from experience, find an investing expert to mentor you. Knowing who to ask for things is often more powerful than trying to learn it on our own.

Our imaginations lead to ideas. Ideas lead to change.

Thus, our imaginations are a key reason in leading us on the path to wealth and financial freedom. Hill talks about two forms of our imagination: creative and synthetic.

Synthetic imagination is the opposite. It allows us to reorganize other concepts into new ones. A great example of this is the iPod. It took the concept of portable music and flipped it on its head.

These two play off of each other, but also work in perfect harmony.

For instance, Coca-Cola was originally formed from headache medicine. Keep your imagination going and stay fresh, this will help you generate new ideas which may lead to your big break.

7. Know your strengths and weaknesses

Self-awareness is one of the most difficult things for us to grasp. We all want to think we’re good at things, but it’s hard to admit the things we suck at.

When you become self-aware and are able to find your real strengths and weaknesses, you are one step closer to becoming wealthy. I believe that you’ll see more success by focusing on your strengths than trying to improve your weaknesses.

Our subconscious mind stores everything we experience, positive and negative. This can shape our actions both positively and negatively, too.

Do yourself a favor and avoid those who are negative. Do your best to look at the brighter side of things. There are many benefits to thinking positive that could lead to your future wealth.

Psychology expert Kendra Cherry says that there are 4 benefits to positive thinking:

1. It helps you cope with stress

Statistically, many of us stress about money. Imagine what reduced stress would do for you staying on track with your goals and becoming wealthy sooner?

2. It can improve your immunity

Being sick keeps you away from experiences, work, and other moments where you can be learning, growing, and making money.

3. It’s good for your well-being

By thinking positive you’ll cut your chances of experiencing depression or a shorter lifespan. Who doesn’t want to be happy and live longer?

4. It can make you more resilient

This is the big one. Resilience is huge when working toward financial independence. You’re going to be met with all kinds of challenges, and the easier you’re able to push through those unscathed, the better.

So try to think more positive. Look at that glass as ‘half-full’.

Hill suggests making it a point to increase all positive impulses you have in life – such as love and enthusiasm. This will lead to a more positive mindframe in the long run.

Over 25,000 life stories of people who failed to be successful were analyzed. It was found that lack of determination was the biggest reason for their failure.

On the flip-side, the analysis of millionaire success stories showed they all had two things in common:

Think about the last major decision you made on anything. Was it a quick one? Did you feel completely confident standing firm on that decision?

Odds are if not your most recent decision, you’ve had one in the past that you’ve wavered on. It’s one of the main factors that separate the mediocre from the great.

Work hard to avoid negative influences from others. If you have a shitty boss who’s telling you that you aren’t as great as you think you are, ignore them. Or quit.

Along with avoiding negative influences, it may also help to just keep your visions to yourself.

Have a brilliant idea for a new business venture? You might be better off keeping it to yourself and those close to you until you pick up some momentum and gain self-confidence.

This goes hand in hand with having a burning desire. You need desire because you have to be interested in what you’re after.

You need persistence to push through those moments when you start to lose faith. When a door slams in your face, go find another one.

When your side hustle fails miserably, don’t sit there and bitch about it – find another one.

When you think that life has handed you a shit hand and you want to do nothing more than wallow in self-pity, be persistent.

Think about how much time you’re wasting by pitying yourself and how useful that time could be in making things different.

This could be anyone in your life that you trust, but successful people don’t make it without a brain trust. A brain trust is more than someone to bounce ideas off of.

It’s someone, or a group of people, that you stay closely connected with as you set out to achieve your goals to help you get there. They may be after the same thing.

Not only will your strengths compound on one another, but you may find people who will help you reach even greater heights than you could have alone.

For those of you seeking financial independence, consider the personal finance community as sort of a brain trust. They’re like-minded people after the same thing who will help you, directly or indirectly, reach your goals.

None of these are secrets. In fact, none of these skills should come as any surprise to you.

The question is, why haven’t you used all of them?

To truly learn how to become rich and successful, you need to show all these skills, consistently. Only then will you be able to separate yourself from mediocrity and move to the top.

The Two Ironclad Reasons the Rich Keep Getting Richer