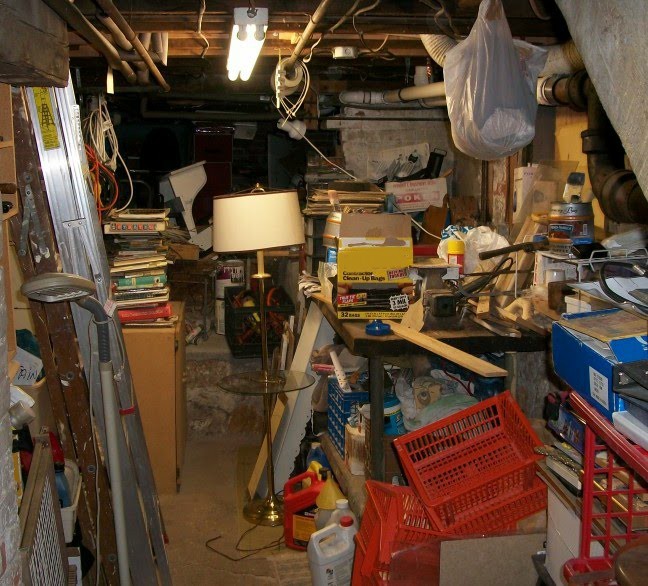 Start making room now because the holidays will be here in a flash, which means more gifts and gadgets but not necessarily more room to store them all.

It’s time to purge. Donate to charity, have a yard sale or throw things out. Also consider smartphone apps and websites that offer convenient ways to collect cash for all that unwanted clutter.

There seems to be a place to connect sellers with buyers looking for just about everything. One company, letgo, sums it all up by simply saying, “snap, post, chat and sell.”

“We’re growing so quickly in popularity because we’ve tapped into an enormous and rising demand for a better — and mobile — way to buy and sell from others nearby,” said a letgo spokesman in an email. “Consumers want an alternative to the clunky, outdated marketplaces they’ve used before.”

The company’s ads take a look at the process of letting go of unused items, offering bargains and some extra cash.

“Letgo captures the fun of a yard sale or a flea market — discovering something unique with a cool story behind it — and brings that experience to your smartphone,” the email said. “We’ve designed letgo so it’s really easy to find what you’re looking for if you want something specific, but we also made it simple and fun to browse what’s available nearby in the same way you’d scroll through your friends’ photos.”

New York City based letgo is far from the only one on the seller’s block. Maybe it’s a lack of spare time (setting up, manning and tearing down yard sale offerings) or just the ease of posting items and having people respond. It works for Kathleen Hairston of Rancho Cucamonga, who began doing this several years ago on eBay and has since expanded to other sites.

“We all just have too much stuff. Maybe it’s affluenza, I don’t know. I guess you just spend half your life collecting things and the second half getting rid of things, but I don’t want to leave that legacy (of what to do with family stuff) for my children,” said Hairston, who added that she’s reached a point in her life where it’s time to evaluate and purge where needed. Tapping the websites and apps makes that task easier.

There’s a process to it all. First, she looks at items she may want to pass on to family members, donate to charity or give to a friend. Then she looks for items similar to what she wants to sell on, say, Craigslist or Swap.com to help with pricing. Hairston has enjoyed success with some, but not others.

“I’ve funded some travel with the money I’ve made and bought new items I actually needed,” she said. “And I also give 10 percent to charity.”

Yard sales? No time and no interest, said Christine Sanchez, who had furniture and electronics she wanted to sell. She found several apps on Facebook and downloaded OfferUp and 5 Miles.

“I’ve had more success using 5 Miles,” the Claremont woman said in an email. “I decided to use the apps because of my very busy lifestyle. I didn’t want to make the time to host a yard sale. In the first 24 hours, I was contacted by several prospects and successfully negotiated and sold items quickly.”

Sanchez fits the website/app customer profile to a T, particularly for Swap.com, according to Tammy Kotula, company spokeswoman.

“You’re going to find a seller much easier online than waiting for someone to drive by your house,” Kotula said in an email. “Also, not everyone has enough items to populate a yard sale or the time to set one up and work it. If you live in urban areas or in an apartment, you may not even have a yard. At Swap.com, people can simply pack up a few things and ship to us to sell on our website.”

At Swap.com, customers can buy favorite brands at great prices and earn money while recycling clothes.

Regina Lark owns A Clear Path Professional Organizing in Los Angeles (www.aclearpath.net). The method of dealing with clutter doesn’t matter, she says, just as long as it gets done. Remember: you’re trying to get rid of things, not acquire more.

“(De-cluttering is) important because it helps people feel they are more in control of their surroundings, their schedules, their spending, their ability to make decisions about what to spend their money on,” she said. “It makes it easier to access the stuff people actually use and put it away just as easily.”

Lark has no problem with the relatively new options as long as you realize what they involve.

“The issue/challenge is that the people who are really cluttered are overwhelmed,” she said. “In order to photograph, post, get bids, mail the item, etc., you have to have good time/emotional management skills. You have to be able to get to the post office, print labels, etc.”

Keep safety in mind, advises Sanchez. As kind as someone might seem through the app, they’re still strangers. Be cautious and try to meet buyers in a public place. Take a friend with you, if possible.

Hairston routinely posts items on Mondays and then waits while going about her week.

There are many options to sell unwanted items, with some requiring a fee or commission:

5 Miles: Many items including cars, furniture, clothing and even pet accessories. www.5milesapp.com

Offerup: Connecting people in your community who want to get rid of unused items. Recently available: emoji pillows and a pair of gold toddler shoes. www.offerupnow.com

How SharkTank Can Change Your Life & Business